Millennials looking to buy an affordable first home and Baby Boomers looking to downsize seems to be latching onto smaller properties.

The trend toward building smaller new houses is gaining some traction in New Orleans. In 2015, architect Jonathan Tate and developer Charles Rutledge built a tall, skinny house on an 880-square-foot lot at 3106 St. Thomas St. A contemporary design with a corrugated metal exterior, Tate called the one-bedroom, 1.5-bathroom, 976-square-foot residence a “starter house.”

Now Davie Shoring and Omega Enterprise, a home builder and general contractor, are jumping in the market with a new 656-square-foot house prototype designed with more traditional New Orleans architectural details — floor-to-ceiling windows and 9- or 10-foot ceilings — as well as hurricane-resistant building technology. The house, which is called the Carrollton Shotgun but does not have a shotgun floorplan, will be on view and auctioned off on Saturday at 5 p.m. at the 63rd annual New Orleans Home & Garden Show in the Mercedes-Benz Superdome.

The house is 16-feet-wide, 41-feet-long (not including a front porch) and has one bedroom, one bathroom, and engineered wood floors. The front door opens to an open kitchen-den space. A short hallway leads to the bedroom, bathroom, and a laundry closet. 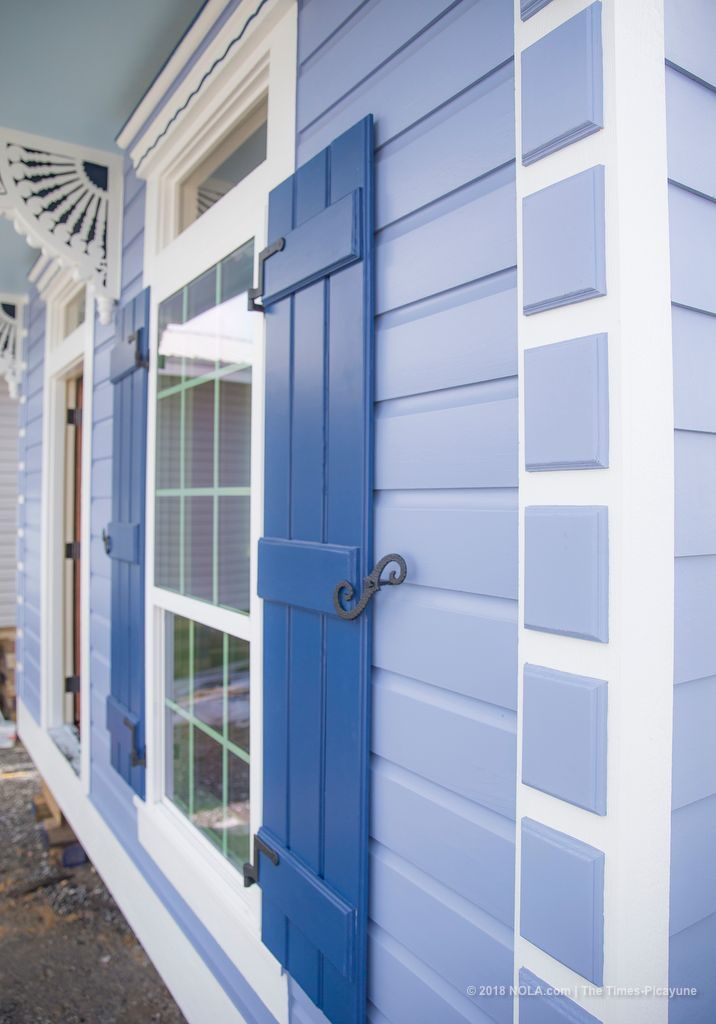 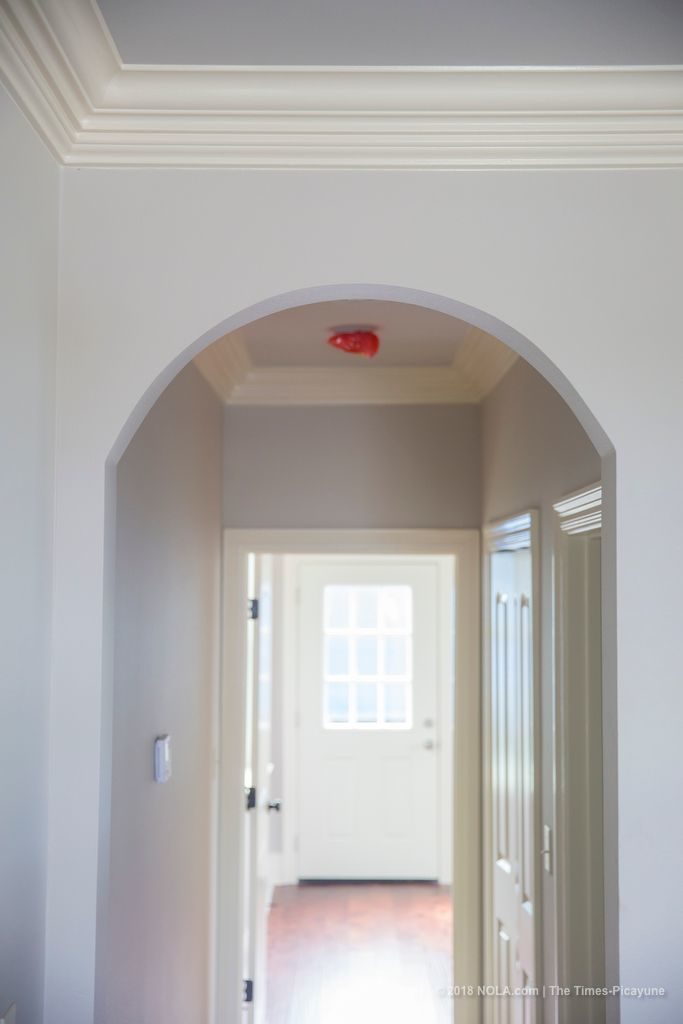 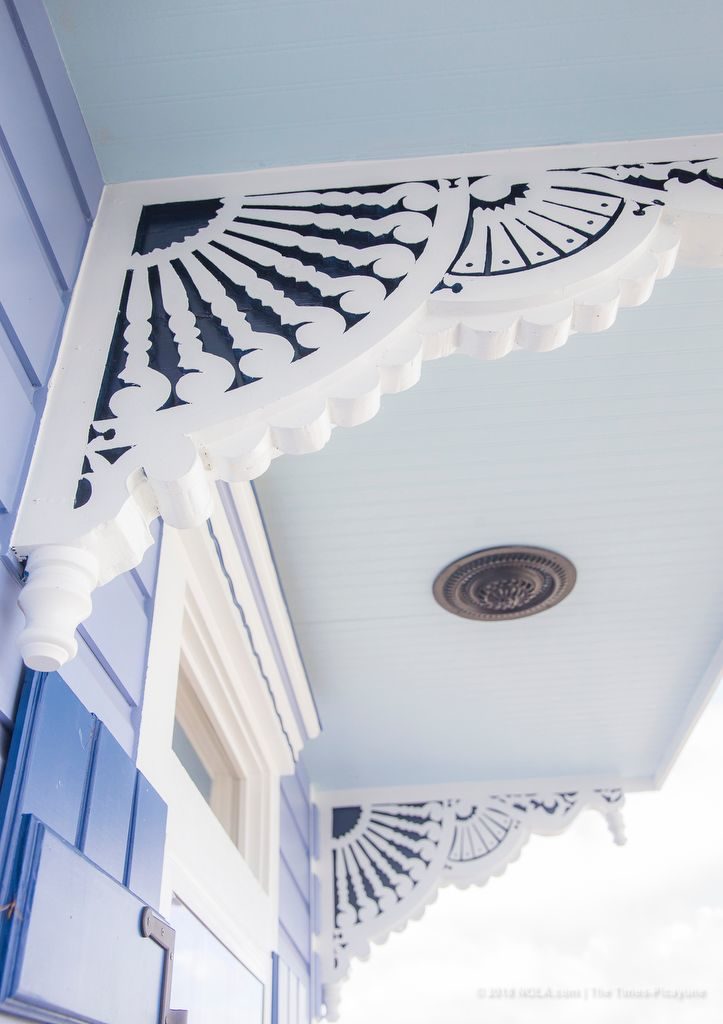 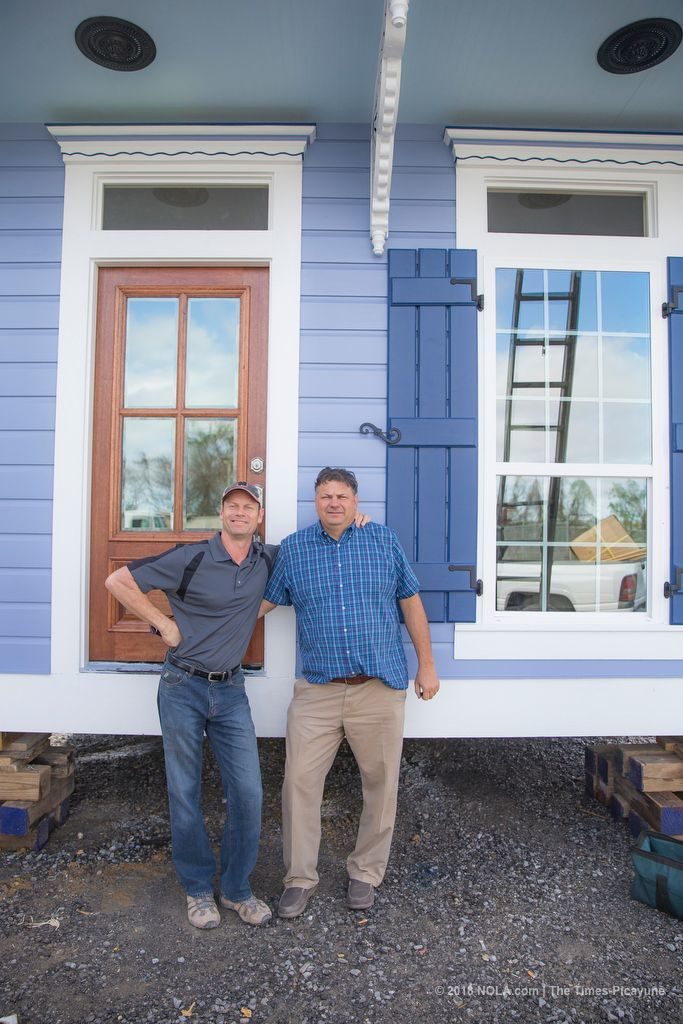 What it lacks in size, the house makes up in charm. It boasts upscale kitchen cabinets, granite countertops, a decorative tray ceiling in the bedroom and crown molding. The exterior mimics a late 19th-century shotgun cottage, with a pier foundation, bracketed porch, transom windows and front shutters.

Davie Shoring also has designed a two-bedroom version with an extra 10-feet of length and 11-foot ceilings. “Either house can be ordered with 9-, 10- or 11-foot ceilings” and can be built in six to eight weeks, according to a press release.

The prototype was built on the Davie Shoring lot in Kenner and will be transported to the home show by the company, which plans to build additional versions of the house at a warehouse north of Hammond. The concept is to transport the fully built houses — minus the roof — to a buyer’s property. The roof will then be assembled on site.

While the houses will be constructed in a warehouse, they’re not technically modular homes. They’re wooden “stick built” using the same building methods used for new construction on site, said Warren Davie, president of Davie Shoring.

The idea for a small, affordable fully-built house that could be transported anywhere came about after Hurricane Maria. “We went to the islands, and we saw a scarcity of building materials and labor and a big need for housing,” said Dan Nitschke, owner of Omega Enterprises. “But we also saw that there was a challenge with shipping. The cost of shipping to the islands was very high.” 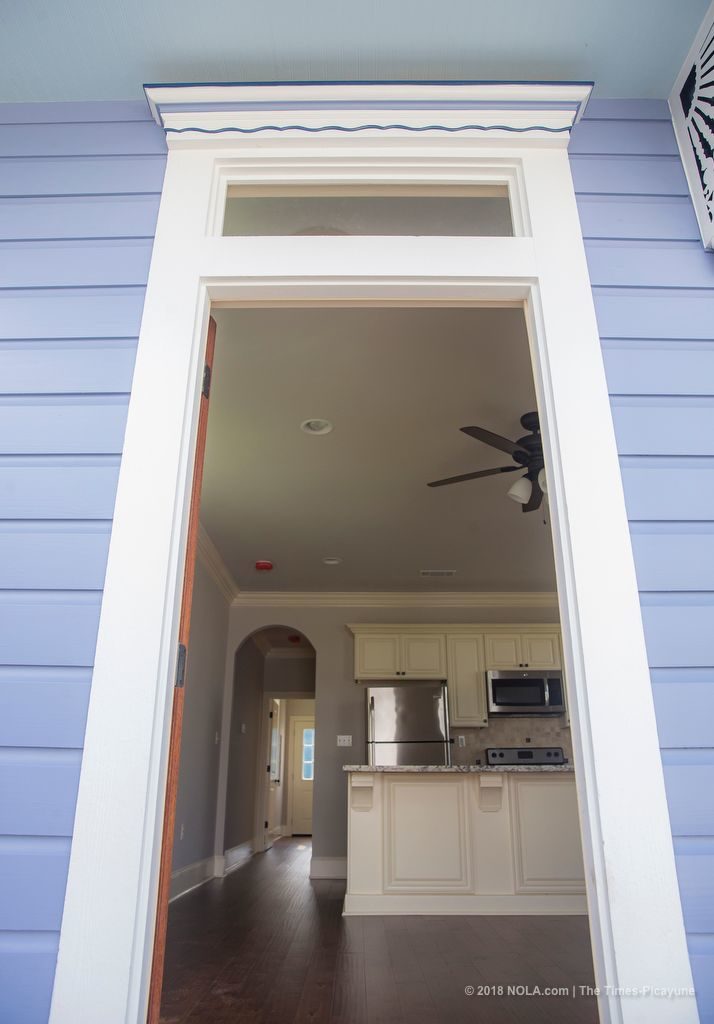 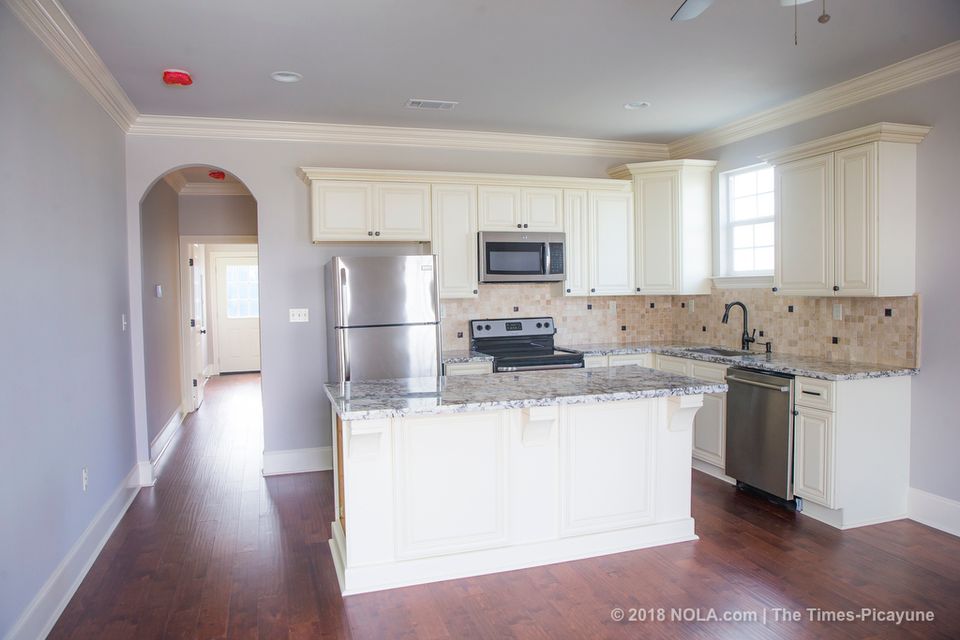 While they weren’t able to use the house design for post-Maria hurricane recovery, Nitschke and Davie still wanted to pursue the project. “We felt like we had an idea that could meet the needs of a lot of people — young professionals who don’t want a three-bedroom-three-bath house. Or those aging in place,” Davie said.

While small, the house would be solidly built, with “hurricane straps and clips, threaded tie-rods in mid-section/corners with additional bracing and a wind-rating approaching 160 mph, which exceeds Louisiana building code,” the press release said.

This isn’t the first small house that Davie Shoring has built. Last year, Davie worked with “Louisiana Flip and Move,” a show on the DIY Network, to build a 464-square-foot efficiency design (essentially one combined bedroom/living room/kitchen with a bathroom). That house was auctioned at the 2017 New Orleans Home & Garden Show for $77,000 and placed on the buyer’s Sixth Street lot. The owner, Laurie Martin of Doors of Elegance, is now putting a camelback on the residence.

“I bought it for my daughter to keep her from renting,” Martin said. “We added two bedrooms and one bath with a laundry room to give her a little more space. We also remodeled the kitchen to make it more of a fully functional house. But it’s still small.” 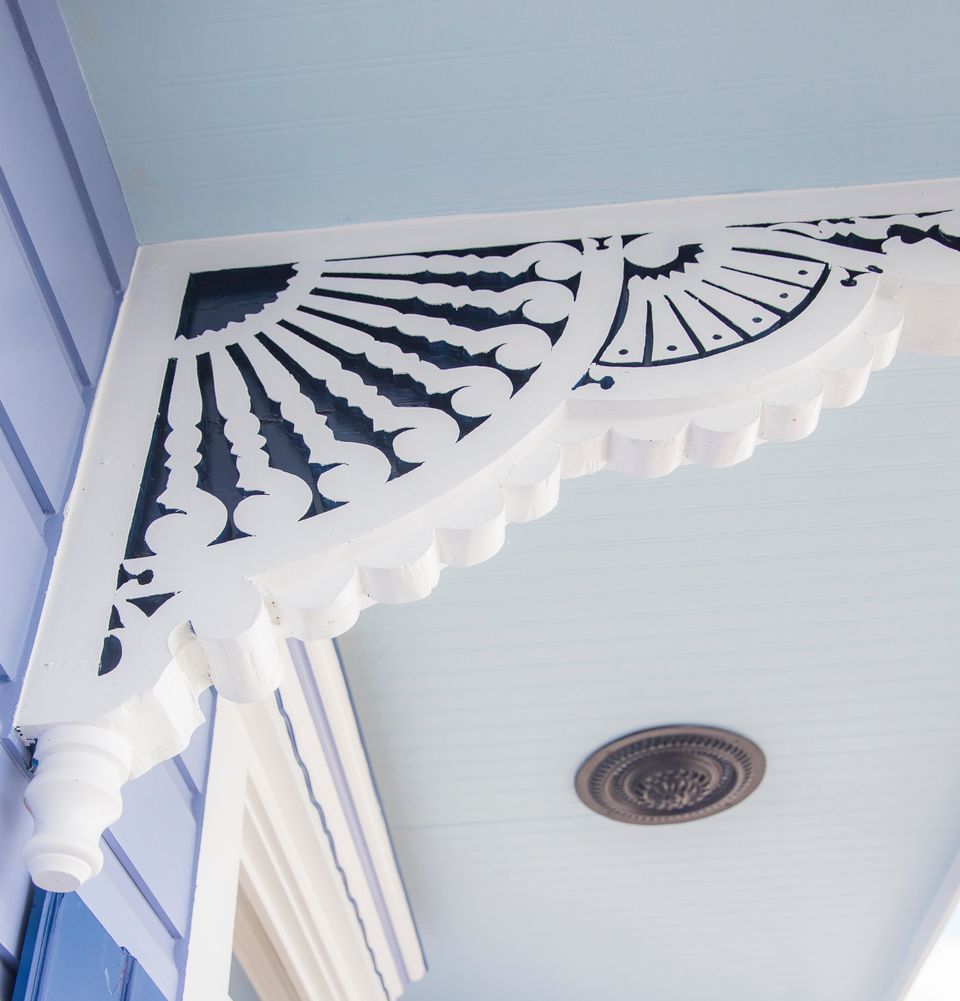 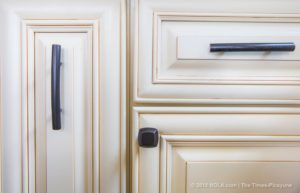 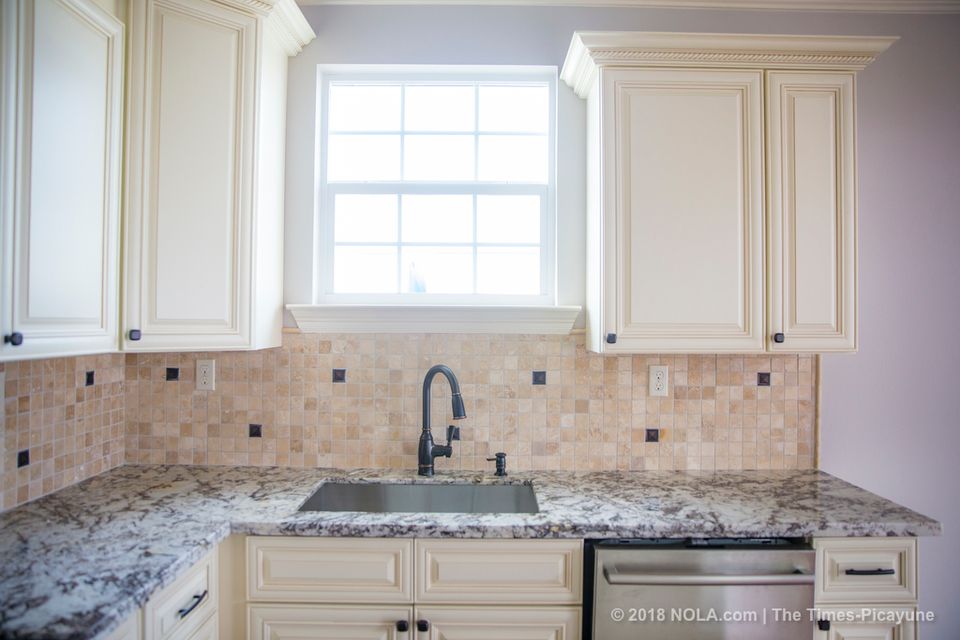 Click here to view the full story on Nola.com